At its debut, the Ford Fusion was nothing less than a landmark car for the company. With the Fusion, Ford once again had a strong midsize sedan contender, something it hadn't seen since the first Taurus of the mid-1980s. Savvy consumers have taken notice of the Fusion's spacious cabin, responsive driving dynamics, solid build quality and attractive styling.

In addition to its family-friendly features, the Ford Fusion provides a sporty, involving drive -- a rare quality in this segment and one that most folks can appreciate. Any Ford Fusion should be an attractive choice for anybody wanting a comfortable, well-equipped family hauler.

You’ll remain impressed with the Ford Fusion's combination of responsive performance and well-balanced handling and ride dynamics. Inside there's plenty of room, quality materials and handy features. The Sync system is a great feature, allowing easy hands-free operation of cell phones and portable MP3 players. While not the largest car in its class, the Fusion's generous interior dimensions prove that a family sedan need not be large.

Included standard front seat airbags, side curtain airbags and an auxiliary audio jack. Options like navigation, satellite radio and all-wheel drive were added to the options sheet, along with more standard equipment on the SE and SEL models. 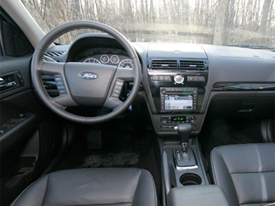 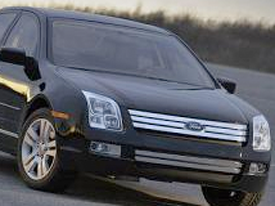