The current Hyundai Sonata represents the fifth generation in the car's lineage, and was introduced in the 2011 model year.

The previous, fourth-generation Hyundai Sonata was produced from 2006-'10.

Originally, the 2.4-liter four-cylinder produced 162 hp and was standard on the GL and GLS trims. A five-speed manual was standard (GL only for 2006) and a four-speed automatic was optional with this engine. Optional on the GLS and standard on the LX, SE and Limited was a 235-hp version of the 3.3-liter V6, matched to a five-speed automatic transmission. For 2008, the four-cylinder became standard on all trim levels and the V6 became optional. That year also saw a few more standard features added to the SE and Limited trims.

The biggest changes occurred in 2009 when engine outputs were increased (175 hp for the inline-4 and 249 hp for the V6) and the interior was spiffed up with a new dash and higher-quality materials. There were also two notable additions to the features lists -- a standard auxiliary audio jack and an optional touchscreen navigation system.

If the used Hyundai Sonata is what you are looking for, then chances are we have it. Feel free to request a quote or browse our inventory at your leisure. We are here to help you and your family find the right vehicle at the right price. We have served the Fort Wayne community for over thirty years, and we aren't planning on stopping any time soon. Our sales team is standing by and waiting for your visit. After leaving, you’ll surely understand what makes us different from the competition. So what are you waiting for? Stop in today to view our entire selection of new and certified pre-owned vehicles today! We have something for everyone. Prices are slashed daily, You will most certainly not be dissapointed! Experience the difference, the O'Daniel difference. 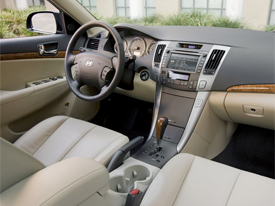 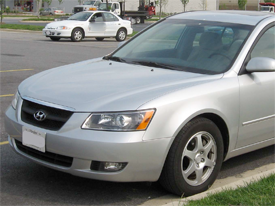