The Mercury Sable carries four five-star safety ratings for front, rear, side and rollover crashworthiness. The big kicker is that, with all the new styling, interior, engine, transmission and standard features upgrades, the price hovers only about $250 above its closest competitors.

The Mercury Sable is powered by a new 3.5-liter, 24-valve V6 engine that makes 30 percent more power and 22 percent more torque than the 3.0-liter V6 it replaces. It's paired with a new six-speed automatic transmission.

The new engine and transmission combination on the Mercury Sable is much quicker, much quieter and much more responsive than the old Montego powertrain. Mercury says the 0-60 mph acceleration time has been reduced by more than 1.5 seconds, down from 9.2 seconds to only 7.6 seconds, a 17-percent improvement in acceleration performance, which really means something when you're trying to get on or off a freeway or an Interstate Highway.

The Mercury Sable still managed to make its mark with top safety scores, plenty of space for passengers and cargo, a smooth ride and above-average fuel economy for the segment. Savvy used car shoppers considering the Taurus will likely note lower pricing with a comparable Sable.

In keeping with the Mercury Sable’s more upscale reputation, the base trim levels were well equipped with 17-inch wheels, full power accessories, power front seats, a CD player with auxiliary input, and the creature comforts you'd expect from other sedans in this segment. Stepping up to the Premier trim level added 18-inch wheels, leather upholstery, heated mirrors and front seats, dual-zone climate control and an upgraded stereo with a CD changer and satellite radio. 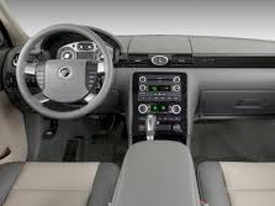 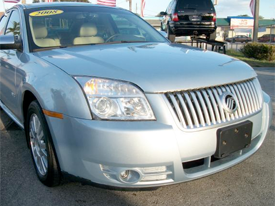