The Nissan Altima has been sold for nearly two decades, succeeding in that rare role of a practical five-passenger family sedan that appeals to enthusiasts with its handling and performance ability.

The third-generation Nissan Altima is not entirely dissimilar to the current car and should appeal to used car shoppers. This 2002-'06 model was about 6 inches longer and had a new suspension and stronger body compared to the previous car. At the time, it was one of the most powerful family sedans available, offering either a 2.5-liter four-cylinder engine capable of 175 hp or a 240-hp 3.5-liter V6, connected to a choice of manual or automatic transmissions.

You’ll praise the power and handling of both the four-cylinder and V6 Nissan Altima models. The 3.5 SR is clearly the more sporting of the two, not only for its power but also its sport-tuned suspension. The base car with the 2.5-liter four-cylinder performs wel. The CVT is one of the best examples of its breed. 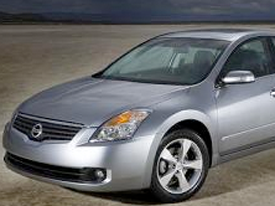