The Pontiac Grand Prix started out as a personal luxury car in the early 1960s. Back then, personal luxury meant a big coupe with a big V8 and a stylish interior, usually featuring plush bucket seats and a floor shifter. Exterior design bordered on flamboyant at times, but the Pontiac Grand Prix makes no apologies for its unabashed sense of American style and performance.

The Pontiac Grand Prix offers consumers a sensibly sized family coupe or sedan, with plenty of performance on tap thanks to the availability of peppy V6 engines or even a powerful V8. Styling continued to be a draw, with a sweeping roof line and the signature twin-grille nose.

Performance, even in the Pontiac Grand Prix base model, is satisfying, and gets quite a bit stronger from there. The V8-powered GXP provides a thrilling rush of power. Used car buyers will love balance of power, fuel economy and handling 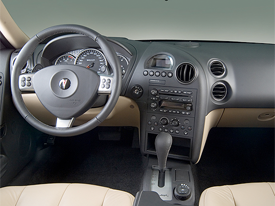 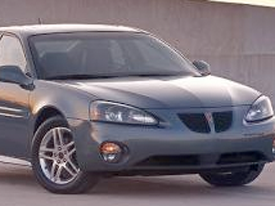