The Toyota Camry quietly debuted late in the 1983 model year, when Toyota replaced its old rear-wheel-drive Corona with the front-wheel-drive Camry. From these humble beginnings, the Toyota Camry would go on to dominate the midsize family sedan segment for virtually, the next 25 years, as consumers immediately embraced it for its high build quality, comfortable ride and impressive durability.

In base and LE models, the Toyota Camry's interior is straightforward and functional. The main controls are large and logically placed, and the wide seats easily accommodate most body types. There are plenty of storage cubbies, too. The ice-blue backlighting for the audio and climate does liven things up a bit. The Toyota Camry SE adds sporty interior styling cues, while the Toyota Camry XLE raises the bar with convincing fake wood accents and an upscale feature not typically seen in this segment -- reclining rear seats. Trunk capacity for all models is 15 cubic feet. 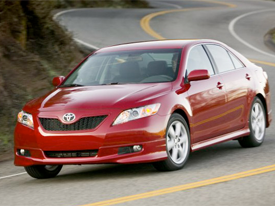 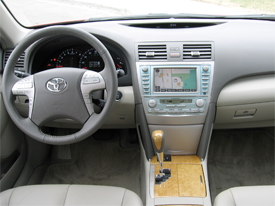