Few small cars have the following of the Volkswagen Jetta, VW's best-selling model in the United States. The name, says VW, refers to the Atlantic jetstream, "combined with the luxury and power of a modern jetliner." For much of the Jetta's recent history, this small sedan and wagon has appealed to buyers with its upscale design and strong turbocharged engines. The latest Jetta steps away from this approach somewhat -- it's now cheaper but less distinctive -- but new or used, the Jetta should be a solid pick.

So Much To Offer

The Volkswagen Jetta comes standard with traction and stability control, front side airbags, side curtain airbags and active front head restraints. All Volkswagen Jettas have antilock brakes with brake assist; however, the S and SE have rear drums. The SEL and TDI get rear discs. In Edmunds brake testing of an SEL, the Volkswagen Jetta came to a stop from 60 mph in a better-than-average 117 feet.

The Volkswagen Jetta is quite roomy. It's easy to find a comfortable seating position, and a full-size adult can sit in the back with room to spare. The 15.5-cubic-foot trunk is actually bigger than those of the Honda Accord and outgoing VW Passat. We're also big fans of the available touchscreen stereo interface, which features a redundant control knob ideal for controlling an iPod.

The 2011 Volkswagen Jetta Base and S come with a 2.0-liter four-cylinder that produces 115 horsepower and 125 pound-feet of torque. A five-speed manual transmission is standard and a six-speed automatic is optional on the Volkswagen Jetta. EPA-estimated fuel economy is 23 mpg city/32 mpg highway and 26 mpg combined with the automatic and 24/34/28 with the manual. 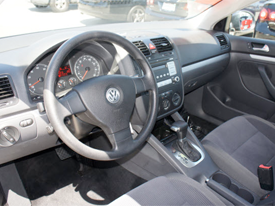 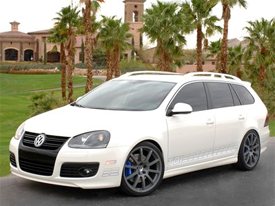